Social media and all its platforms have changed since the Myspace days of 2003. Changes have moved the industry rapidly into different features, outreach programs, and advertising.

The most popular social networks like Facebook, Twitter, and Pinterest started capitalizing on the business market with targeted ads to its users. It wasn’t long before social media users learned to use free posts to publicize their businesses or services rather than just use them to find old friends or post food pictures.

Using and navigating social media effectively can be tough. To help, here are some social media statistics to keep in mind.

1. Facebook is the most used platform with around 68% of adults using it.

Facebook was one of the first big social media platforms to go mainstream, and despite trendier platforms being introduced, this social media network still holds its own. About two-thirds of U.S. adults use the platform.

Facebook did see a dip in users when its CEO Mark Zuckerberg was called to testify before Congress for privacy issues, but today, the social media giant remains the most used social network in the U.S.

3. The vast majority of those on social media in the U.S. are younger, with 84% of those between the ages of 18 and 29 on platforms.

While the demographics of Facebook users are quite diverse, statistics show that its prominent users are black women in their 30s. These women were likely introduced to Facebook when they were 20 year olds and have used it ever since.

A further look at this group of users shows they’re making up to $50k a year and are likely on their second or third job out of college.

5. People spend an average of 2.5 hours a day on messaging and social media.

How much time do you spend on social? While it might only seem like a few minutes a day, this statistic shows average Americans spend about 2.5 hours scrolling through their social feeds. Some of the newest iPhones are now tracking app usage providing weekly reports to users so they can see just how much time is spent on an app like Facebook or TikTok.

Snapchat grew instantly among young users after it was released in 2011. It was a first of its kind, giving Snapchat users the ability to send messages and pictures that would disappear within 24 hours. It provided a new level of privacy to users, which was a big draw to younger users.

The platform did receive criticism and the false representation of being a sex chat, even though its creators said it wasn’t created for that purpose.

7. Facebook will experience its slowest growth in 2021 with only 0.8% growth.

Millions of people joined more social networks during the pandemic, including Facebook. However, experts say that Facebook’s growth is about to drop to 0.08%. What’s causing the drop? Competition. There are more social apps out there and the majority of younger people are drawn to flashier, trendier social networking apps.

8. Most people don’t want to be tracked with only 5% of U.S. iOS users opting in for online tracking in spring 2021.

Privacy is a hot-button issue right now. Internet users do not want to be tracked as they search for a new swimsuit, buy airline tickets, or read the news.

Most social networks do track the actions of their user base with the intent of showing them more relevant information. So, the person who’s searching for low airfares would see promotions for cheap flights, for example. While marketers say tracking has a place, many consumers, especially new users, are fighting back.

9. 20 million people use Signal with experts calling it an emerging platform.

For people looking for a more secure social network, Signal is it. This platform functions as a messaging app, like Facebook Messenger, WhatsApp, and WeChat, but the big difference is its focus on security. The app uses end-to-end encryption and only lets the sender and receiver view messages.

Another emerging platform that has a few years of history is MeWe, which launched as an anti-Facebook platform. MeWe created success when it gained 3 million users from Hong Kong protests in 2019 and 2020. It grew to 16 million at the beginning of 2021 as people fled Facebook and Twitter after President Donald Trump was banned from the platforms.

Clouthub is another social media platform to watch as it promotes itself as the answer to censoring and data tracking. Clubhouse, once an invitation-only platform, is now open to the public with live chats too.

Of course, to be effective businesses need a marketing strategy to guide their actions.

Should I pay for social media advertising?

It depends on your goals for audience reach. Those launching a product or storefront will need a wide range of audiences beyond their own fans and followers so social media advertising could be a good way to do that.

However, there is no set rule that you must buy social media advertising to market your business. Prominent posts with the right hashtag can do a lot to improve your marketing.

Start by posting informational content rather than just business promotions. Focus on growing the number of active social media users and work to drive up your engagement rate before testing the waters with ads.

Rather than paying for social ads, you could consider influencer marketing too. You’d work with an influencer that has a similar audience as yours and have him or her promote your product or service.

How many social media platforms should I be on?

Should you create Instagram stories or use LinkedIn to attract customers?

The answer all depends on how much time you want to spend online versus other parts of running your business. You have to balance the benefit of being online with social media postings and promotions with other aspects of your business, like working in your shop with customers, getting an e-commerce site online, or networking in your area.

The best advice is to start with one social media site and learn how to use it well. Once you have mastered that, move on to another and learn the ins and outs of that one. You can then move on to a third if you feel you should.

Be sure to pick social media sites that best work for your purposes. Some focus more on pictures while others on text or audio. If your business is more visual, go with those where pictures dominate. Those who have a more text or audio-related business should pick those which offer the best quality in those areas.

What is the best way to advertise a small business on social media?

The first thing anyone with a small business should do is create a social media page for yourself or your business, whichever you are professionally promoting. This is free, so many are using it to substitute for a web page until they generate more money. You can always add a webpage later.

Be sure to post several times a day. The best way to make sure this gets done is to schedule posts with a tool like Hootsuite. That way you can take 30 minutes to create all your posts and they will pop up on time while you are doing other work.
You might decide to use Instagram and use Facebook, but remember, you need to commit to updating them both regularly.

Keep in mind posting to social media is just one piece of a well-rounded digital marketing strategy.

How do I pick the right platform for my targeted customer?

Be sure to look at the demographics for the various platforms to see which ones your potential customers are browsing.

Don’t just concentrate on age groups, but also look at incomes, education, and other factors that could affect whether they have the money or inclination to buy from you.

Every platform has a “sweet spot” where everyone is on. Your best time may also depend on your business. For instance, you may want to post something about ice cream at 1:30 in the afternoon as parents are waiting to pick their kids up for school.

Those posting about bar specials will want to hit that time later in the evening as people are scouring social media looking for a place to go. 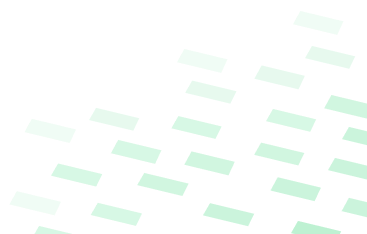